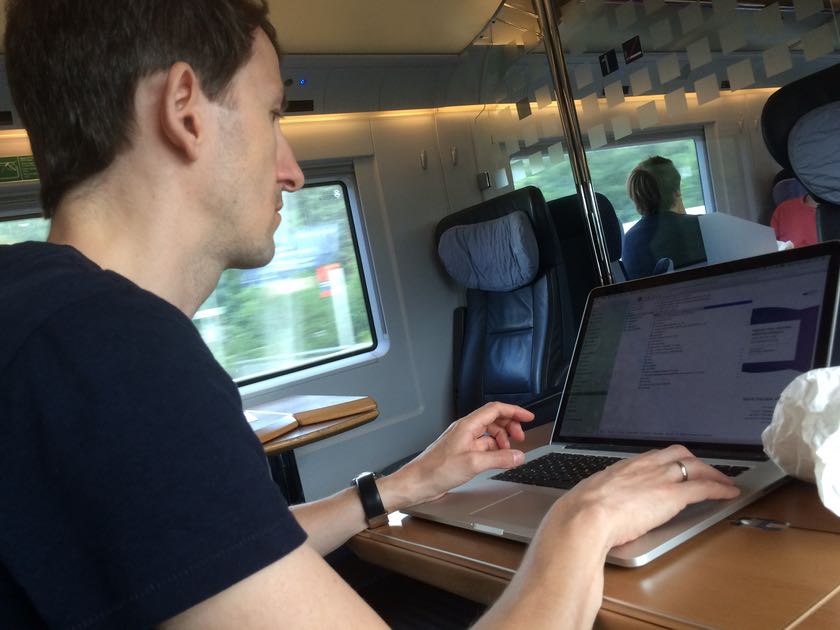 I studied biology and obtained MSc in molecular biology from the University of Warsaw, Poland. Following my interest in science education and communication, after the university I co–founded and directed Science Festival School at the International Institute for Molecular and Cell Biology in Warsaw. It was one of the first full–time bioscience popularisation organisations in Poland and it is still active today as the Centre for Innovative Bioscience Education.

Having decided to learn more and do research in evolutionary genetics, I started my PhD at the Max Planck Institute for Evolutionary Anthropology in Leipzig, Germany, where I worked on metabolic and behavioural consequences of expression of putatively adaptive human genes in transgenic mice. I generated mice transgenic for genes thought to be important in human evolution, like GLUD2, a hominoid-specific gene encoding neurotransmitter-degrading enzyme glutamate dehydrogenase or a group of genes including ASPM and CENPJ that play a role in brain development and whose mutations cause microcephaly in humans. During my PhD I become more interested in functional and mechanistic basis of adaptive change, and followed this direction during a postdoc at the Max Planck Institute for Evolutionary Biology in Plön, Germany, where I worked on identification of putatively adaptive genes in wild, non-model organism using whole–genome approaches. I studied copy-number variants in natural populations of Mus musculus domestics using custom made microarrays and microsatellite scans to identify CNVs under putative selective sweeps.

I then switched my focus back to teaching and education and became involved in secondary and undergraduate education in the National Centre for Biotechnology Education at the University of Reading, UK, where I undertook a EU–funded project to develop practical teaching resources in synthetic biology for undergraduates. I worked on development of DNA parts, plasmids and protocols to manipulate them, as well as organised workshops for undergraduates and A-level students in synthetic biology. I helped establish and mentored the first Reading team for the International Genetically Engineered Machines competition, where the student–driven project—construction and characterisation of solar–powered, cyanobacteria-based fuel cell—was awarded a bronze medal. During a subsequent Wellcome Trust’s Society Award to NCBE, I initiated development of similar experimental synthetic biology resources for A–level students before joining University of Huddersfield.